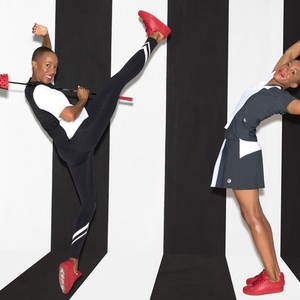 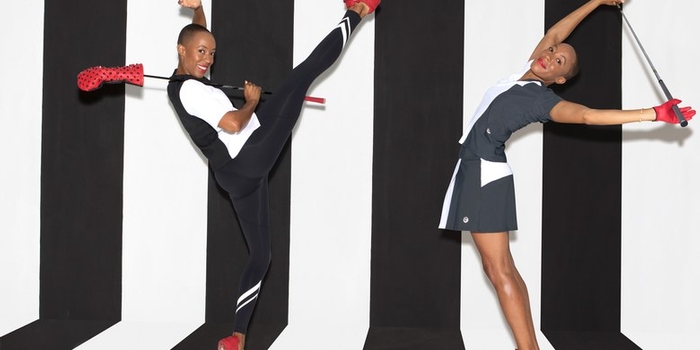 Golf Is The Glue

How the game has led trainer Andia Winslow from one adventure to the next.

Andia Winslow spent her youth in constant motion: swimming, running, hiking, kayaking, karate, golf, you name it. "My childhood was my parents asking me, 'What adventure are you going on today, Andia?' " she recalls.

That adventurous spirit has never left her. Now 35, Winslow is a celebrated fitness instructor with clients in New York and Los Angeles. But she isn't the sort of person whose career is easily defined, at least without a lot of hyphenation. You'll also find Winslow teaching golf, for example. And running kids' golf clinics. And consulting with fitness and wellness companies about new products. And lately—no joke—traveling through Europe and North Africa to promote an animated movie she worked on.

Though her life isn't only about golf, it has been the continuous thread that has drawn her from one adventure to the next. "Golf leads you to meet people and have experiences that you never thought possible," she says. "I'm so glad I play. Golf is the glue that keeps me adventuring."

She can thank her parents for introducing her to the game when she was 10 years old. Though neither played, they enrolled her in a junior clinic at Jefferson Park Golf Course, near their home in Seattle. Winslow was a natural. Among the area celebrities she played with over the years: Fred Couples and Al Hendrix (father of Jimi).

Winslow went to Yale University in 2000 and became the first African-American woman to play Ivy League varsity golf. There was a lot to love, but there were also some experiences that were—as she calls them—"unsavory." She'd rather not go into the details but offers that those days "made me a stronger person. They made me understand my place in the world and what I will and will not put up with. And what my value is. As a woman, I think that's an important thing to learn."

After college, Winslow continued to look for adventures wherever she could find them. She took a shot at tour-pro life, playing on the Cactus, Canadian and Futures tours for two years. A talented sprinter, she trained with legendary track coach Brooks Johnson. Later she got asked to try out for the Olympic bobsled team. (She made it past the "combine" and moved to its headquarters in Lake Placid, N.Y., ahead of the Sochi Olympics, but she didn't make the team.)

Eventually Winslow wound up back with golf—as an instructor at the Chelsea Piers driving range in New York City. Winslow feels the depth of her experience makes her a better teacher. She says it helps her find common ground with her students, allowing her to explain golf to them in ways they can understand.

She's worked with everyone from average folks to financial titans to entertainers. Once she taught a Playboy model. "She was like, 'I love this game. Should I get a breast reduction? My boobs are in the way.' What do you say to that? 'I don't know, I can't advise you on that,' " Winslow recalls, laughing.

Now, she's settled (mainly) in Los Angeles. She was drawn there to be closer to her family and for professional opportunities in fitness, golf and a new pursuit, voiceover work. That's why she's touring Europe at the moment: She's the star in an animated marionette film, where she does the voiceover for Joan of Arc—another woman set on living a life of adventure.

“GOLF LEADS YOU TO MEET PEOPLE AND HAVE EXPERIENCES THAT YOU NEVER THOUGHT POSSIBLE. I'M SO GLAD I PLAY. GOLF IS THE GLUE THAT KEEPS ME ADVENTURING.” 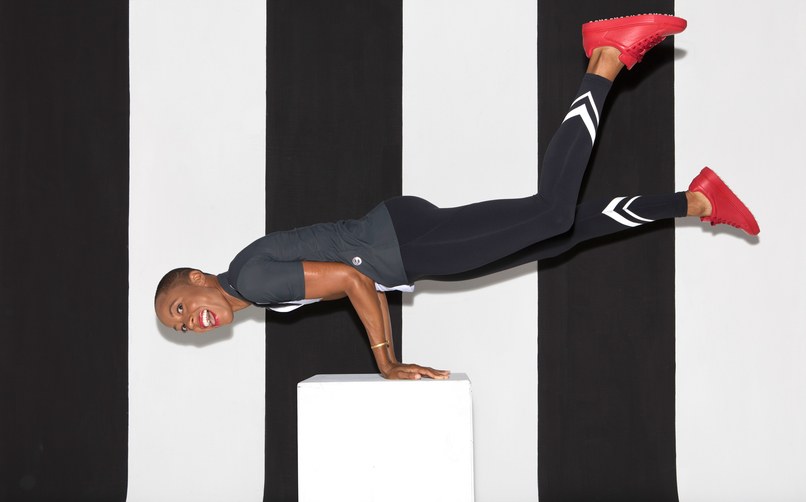 LATERAL HIP ABDUCTION
This is a good way to prime your hip flexors. Stand tall with your right hand on a wall, engage your core, and put all of your weight on your right leg, bending it ever so slightly. Move your left leg out and away from your right leg, trying to get it parallel to the ground. Do 10 times; switch legs.

ANKLE-MOBILITY ROLLS
Stability from the ground up is the goal. Stand with feet hip-width apart, lift one foot a few inches off the ground, and roll the ankle in a circular clockwise motion. Switch directions and repeat.

SKATERS
This move helps add power through impact. Assume an athletic position, knees bent, feet a little wider than shoulders. Stand on one leg and jump laterally toward the elevated leg, planting that foot. Then lift the other leg and leap back in the opposite direction. Repeat 12 times.