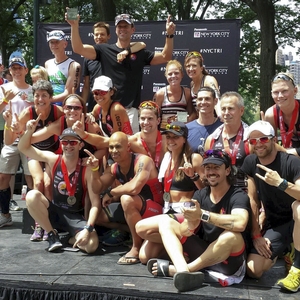 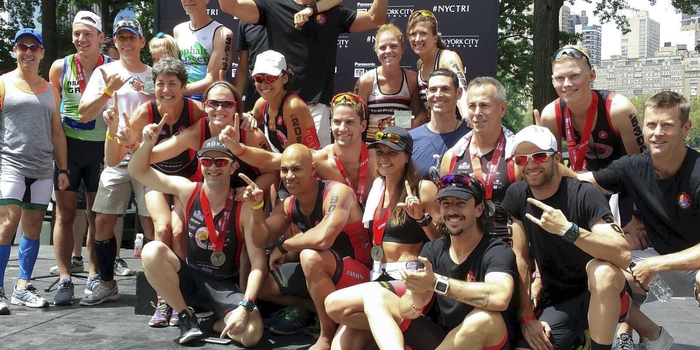 “We train hard all year long and to see dozens of athletes head out to race with such tremendous results is very fulfilling as a coach,” commented Scott Berlinger, Founder and Head Coach, Full Throttle Endurance Racing at Chelsea Piers. “Since beginning the team in 2003 we have had success turning weekend warriors into outstanding triathletes. Along the way, team members have created lasting friendships and demonstrated why Chelsea Piers is much more than a traditional gym.”

The NYC Triathlon includes a point-to-point 1500-meter swim in the Hudson River. The swim is followed by a 40K cycling course that runs along Manhattan’s West Side Highway. Finally, athletes run the northern loop of Central Park for the final stage of the race.

Ironman Lake Placid is considered the grandfather of all Ironman races. It begins with a two-mile swim in Mirror Lake in the center of Lake Placid. That is followed by a 112-mile cycling course through the hills of the Adirondacks past “the notch” from Wilmington down through famed 1980 Winter Olympic structures. Finally, athletes run 26.2 miles through the city center course four times until they return to the start at Mirror Lake.