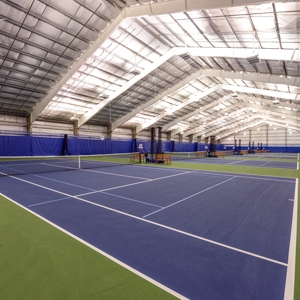 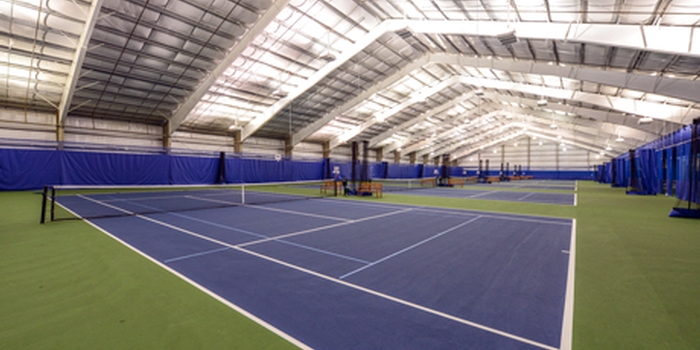 (White Plains, N.Y. – July 23, 2018) – The USTA today announced that Chelsea Piers Connecticut in Stamford, Conn., is one of 24 winners in the 37th annual USTA Facility Awards program, which recognizes excellence in the construction and/or renovation of tennis facilities throughout the country. The Chelsea Piers Connecticut will be honored at the USTA Semi-annual Meeting at the Grand Hyatt Hotel in New York City on Aug. 30.

Chelsea Piers Connecticut in Stamford, Conn., offers seven indoor courts with viewing areas around the courts. Other available amenities include locker rooms, a Playmate ball machine and access to the rest of the facility which includes a high performance training center. Chelsea Piers has the most USTA adult teams in the area with over 600 adult users. Junior development programs and private training lessons for all skill levels are available. The facility was originally built in 2012. Chelsea Piers made improvements costing approximately 100k. The facility hosted 5 tournaments with 140 participating.

“Great tennis facilities like Chelsea Piers Connecticut help us to grow the game at the grass-roots level, and we are proud to recognize them for their ongoing impact on the sport of tennis,” said Kurt Kamperman, Chief Executive, USTA National Campus. “Chelsea Piers Connecticut has embraced many of our tennis initiatives and kept the sport at the forefront of its community each year.”

To be considered for an award, facilities must be under the jurisdiction of a park and recreation department, an educational institution, a nonprofit corporation or be a private or commercially owned and operated facility that offers both USTA and public programming designed to help grow tennis.

Facilities were judged on the following criteria: overall layout and adaptation to site; excellence of court surface and lights; ease of maintenance; accommodations for players, spectators and press/officials; aesthetics; graphics (including the use of signs and landscaping); amenities such as casual seating for spectators, food services and social areas; and the facilities’ participation in USTA programs.

Nominated facilities were voted on in the following categories: Public Courts that are either small tennis centers with 2-10 courts or large tennis centers with 11 or more courts; and Private Facilities that support the USTA and other “growth of the game” programs open to the public.

All 2018 award winners will receive a wall plaque and an all-weather sign, which can be mounted at the facility. In addition, each awardee will receive a one night stay at the Grand Hyatt New York and two US Open Grounds passes.

The USTA is the national governing body for the sport of tennis in the U.S. and the leader in promoting and developing the growth of tennis at every level -- from local communities to the highest level of the professional game. A not-for-profit organization with more than 655,000 members, it invests 100% of its proceeds in growing the game. It owns and operates the US Open, one of the highest-attended annual sporting events in the world, and launched the US Open Series, linking seven summer WTA and ATP World Tour tournaments to the US Open. In addition, it owns approximately 90 Pro Circuit events throughout the U.S. and selects the teams for the Davis Cup, Fed Cup, Olympic and Paralympic Games. The USTA’s philanthropic entity, the USTA Foundation, provides grants and scholarships in addition to supporting tennis and education programs nationwide to benefit under-resourced youth through the National Junior Tennis & Learning (NJTL) network. For more information about the USTA, go to USTA.com or follow the official accounts on Facebook, Instagram, Twitter and Snapchat.