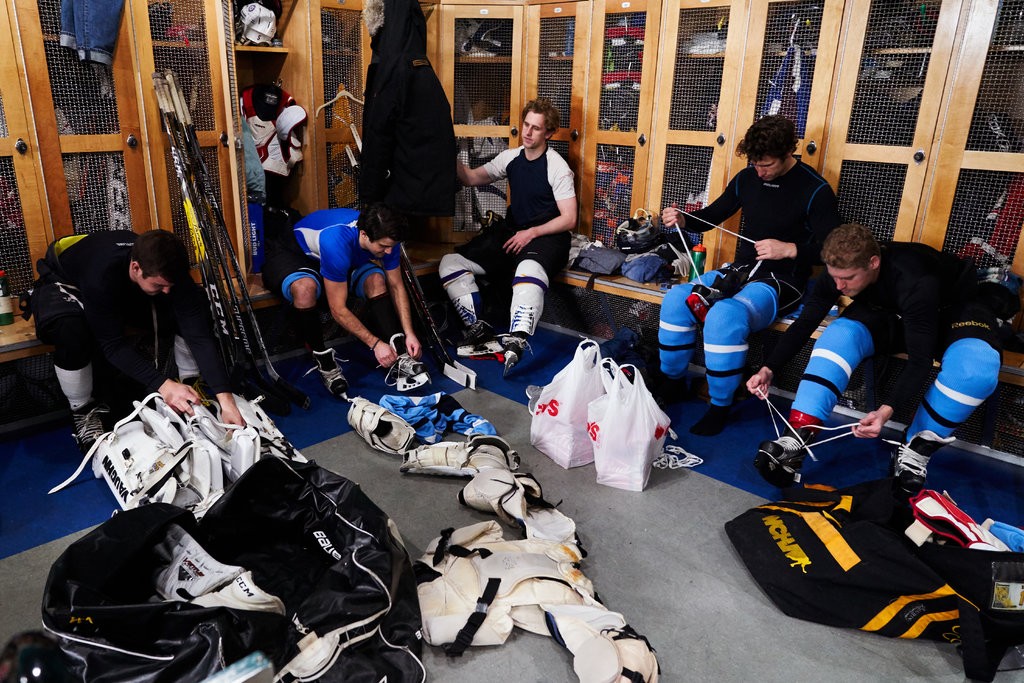 Members of the St. Nicholas Hockey Club before a scrimmage at Chelsea Piers in January. St. Nick’s, formed in 1896, was one of the nation’s first amateur hockey clubs.

An amateur men’s hockey club claims the ice at Sky Rink at Chelsea Piers in Manhattan at 4 p.m. each Saturday during the fall, winter and spring for a brisk 80-minute scrimmage, with the skaters divided into two teams, and no officials, face-offs or heavy checking.

When these players first step onto the ice, they look like any other group of weekend warriors, but the giveaway is the crest on a few of their jerseys: a shamrock with St.N and 1896.

This is the St. Nicholas Hockey Club, formed in 1896, one of the nation’s first amateur hockey clubs. The players are mostly New York businessmen in their 20s and 30s from Ivy League universities, and they play only a few games a year, but St. Nick’s lives on as an elite club.

“There’s a constant influx of players who replace the people who grow up, if you will,” said Jim Morrissey, 42, a former defenseman at Yale known as Moose, who now lives on the Upper East Side, works in finance and joined St. Nick’s after he moved to New York in 1999.

Morrissey sustained a knee injury during a St. Nick’s skate last year, putting him on the shelf.

“It’s probably a sign that I’m too old to do this anymore,” he said.

But he has vowed to return to the ice. He just loves hockey too much. And these are his friends, his “buds,” as St. Nick’s players call one another. He invited 15 of them to his wedding eight years ago. 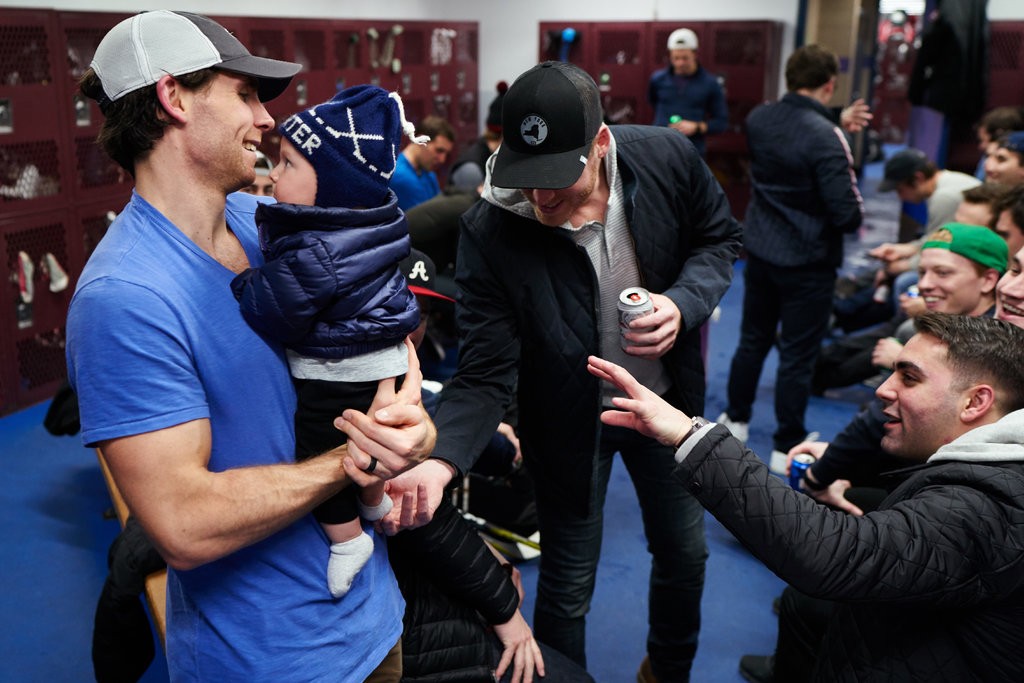 Cook, left, with his son Carter after a scrimmage. “It’s not a beer league,” his teammate Kevin Kaiser said. “Oh, we definitely drink after. But it’s high-level hockey, for sure.”
Credit: James Keivom for The New York Times

Like many other amateur sports teams, St. Nick’s is sort of a social club, and the players who participate in the weekly skates and games make sure to bring beer for the twin purposes of rehydrating and recapping the first-to-five-goals games they just played.

“It’s not a beer league,” said Kevin Kaiser, 31, who joined St. Nick’s in 2011, after playing as a forward at Princeton. “Oh, we definitely drink after. But it’s high-level hockey, for sure.”

Participation is by invitation, and only former college and pro players with strong hockey pedigrees are asked to join. (St. Nick’s recently invited a woman who had played college hockey to join, but she declined.) Annual dues are about $1,000, most of which covers the ice time at Chelsea Piers.

Although professional hockey began to eclipse amateur hockey nearly a century ago, teams like St. Nick’s, especially in New York, formed a foundation for the sport’s growth outside Canada.

Then Baker joined the United States Army Air Service and became a captain and a commander of an aero squadron in World War I. Baker, 26, was killed in a plane crash in 1918 about a month after the armistice. In 1945, he was the first American inducted into the Hockey Hall of Fame.

The N.H.L. had only six teams from 1942 to 1967, so there were limited professional opportunities for hockey players, especially Americans. Curt Bennett and Herb Boxer were the first American-born players to be selected in the N.H.L. Entry Draft — in 1968.

So amateur teams were popular among American-born players who had exhausted their collegiate eligibility. St. Nick’s, which has long outlasted its three original A.A.H.L. colleagues, drew players from the Ivy League and other Eastern colleges who landed jobs in New York.

The St. Nick’s club played for many years at the St. Nicholas Arena, located at 66th Street and Columbus Avenue and built by the likes of Cornelius Vanderbilt and John Jacob Astor. The arena had one of the first refrigerated ice plants in the world. The club eventually moved to Princeton and to Westchester County, then to Chelsea Piers in 2006. 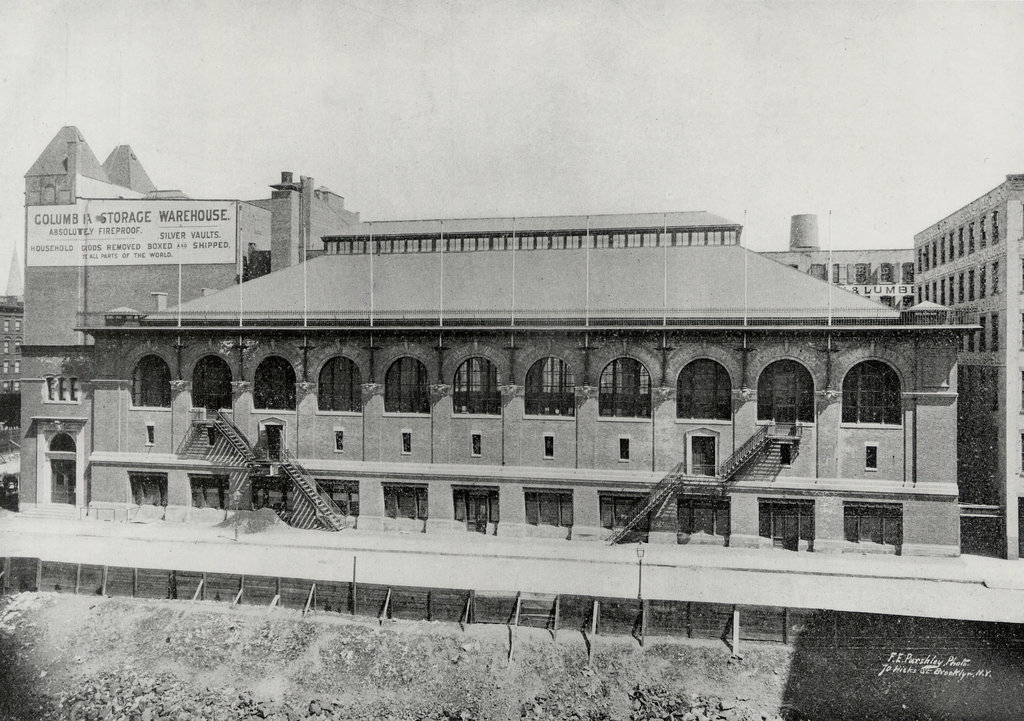 St. Nicholas Arena, the original home of the hockey club, in 1897, a year after it opened at 66th Street and Columbus Avenue in Manhattan.
Credit: Avery Library

Pete Bostwick, now 84, played for St. Nick’s from 1959 to 1984 after starring at Middlebury College. He was a stockbroker who lived and worked in Locust Valley on Long Island, but he would join St. Nick’s teammates for practices at Hobey Baker Rink at Princeton, nearly 80 miles away.

“It was so much fun,” Bostwick said. “These guys were really into hockey.”

St. Nick’s spans generations of players. The brothers Steve and John Cook joined in the mid-1960s after playing at Princeton. Their father, Peter, played for St. Nick’s beginning in the 1930s.

“It was a club with a long tradition,” said Steve Cook, 74, a spinal surgeon who lives in Florida and Connecticut. “Everybody knew each other. It was pretty much an Ivy League event.”

John Cook, 80, who played for St. Nick’s before and after he played professionally in Germany in the late 1960s, said, “It was a nice way to meet different guys in different businesses who also had an interest in hockey.”

Steve’s 32-year-old son, Matt, joined St. Nick’s after playing at Union College through 2009, and for four minor league teams over two seasons. He still skates for St. Nick’s, but not as much as he used to, because he just became a father. 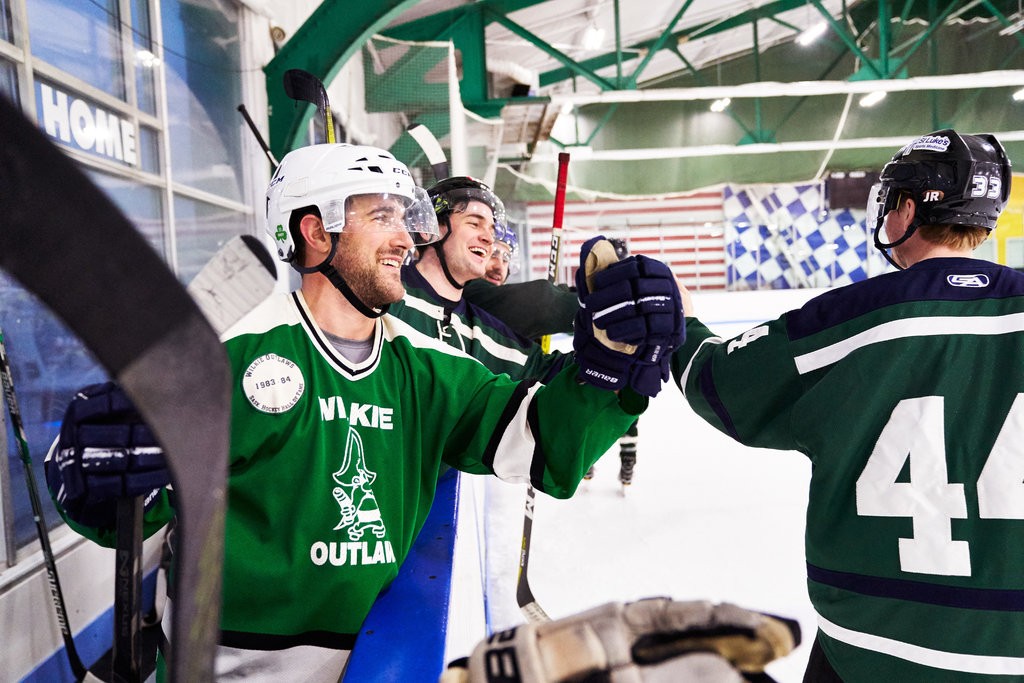 The St. Nicholas Hockey Club team has a pool of more than 50 potential players for its weekly scrimmages.
Credit: James Keivom for The New York Times 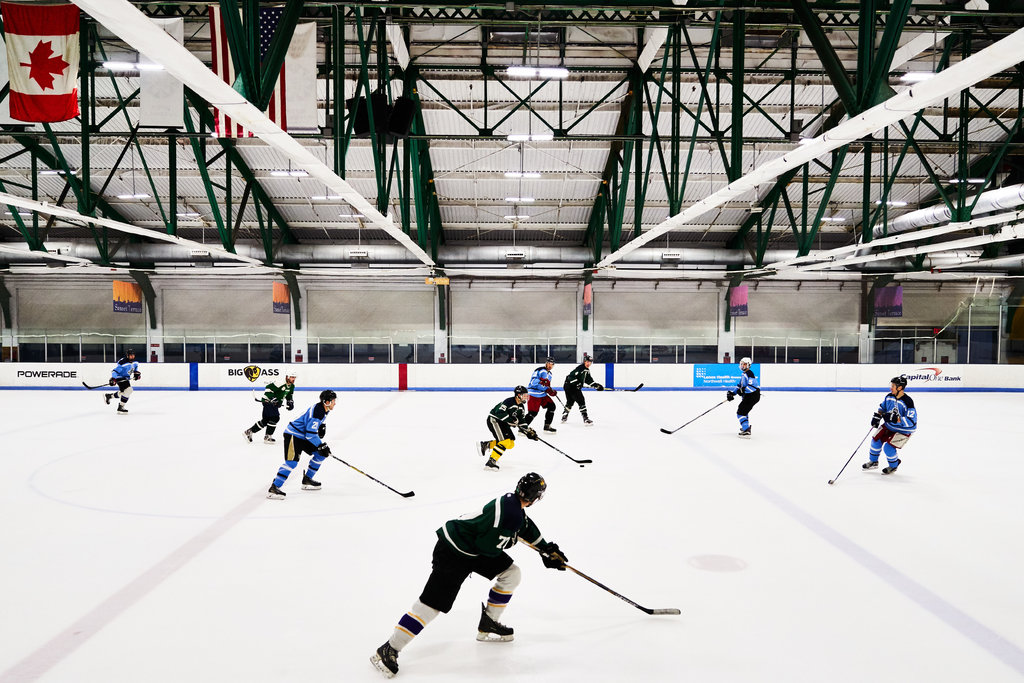 Membership in the club is by invitation, and only former college and pro players with strong hockey pedigrees are asked to join.
Credit: James Keivom for The New York Times

“You kind of grew up on St. Nick’s stories,” said Matt Cook, a credit trader who lives on the Upper East Side. “I didn’t know they still existed. It was like a new lease of life.”

St. Nick’s used to play several Eastern colleges regularly, but its schedule now consists of a handful of games against other elite-level clubs. This season St. Nick’s played a game against the Wissahickon Skating Club, of Philadelphia, and two against a team in Vail, Colo., in February.

The club no longer has a physical headquarters like St. Nicholas Arena, which closed in 1962 and was replaced later by WABC-TV studios. But the team does have an email list with a pool of more than 50 potential players for its weekly scrimmages.

St. Nick’s does not have the hockey reputation it had a century ago, or even more recently, when it won 10 national amateur titles in the senior elite, senior and open divisions from 1994 to 2005. But the players are determined to extend the club’s rich history.

“Some of us like to limp to work for a couple of months,” Morrissey said.